‘Good morning, Psychic Surveys. How can I help?’

The latest in a long line of psychically-gifted females, Ruby Davis, can see through the veil that separates this world and the next, helping grounded souls to move towards the light – or ‘home’ as Ruby calls it. Not just a job for Ruby, it’s a crusade and one she wants to bring to the High Street. Psychic Surveys is born.

Based in Lewes, East Sussex, Ruby and her team of freelance psychics have been kept busy of late. Specialising in domestic cases, their solid reputation is spreading – it’s not just the dead that can rest in peace but the living too. All is threatened when Ruby receives a call from the irate new owner of Highdown Hall. Film star, Cynthia Hart, is still in residence, despite having died in 1958.

Winter deepens and so does the mystery surrounding Cynthia. She insists the devil is blocking her path to the light long after Psychic Surveys have ‘disproved’ it. Investigating her apparently unblemished background, Ruby is pulled further and further into Cynthia’s world and the darkness that now inhabits it.

For the first time in her career, Ruby’s deepest beliefs are challenged. Does evil truly exist? And if so, is it the most relentless force of all? 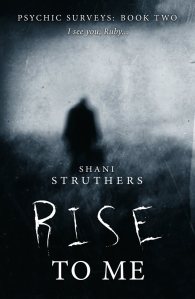 “This isn’t a ghost we’re dealing with. If only it were that simple…”

Eighteen years ago, when psychic Ruby Davis was a child, her mother – also a psychic – suffered a nervous breakdown. Ruby was never told why. “It won’t help you to know,” the only answer ever given. Fast forward to the present and Ruby is earning a living from her gift, running a high street consultancy – Psychic Surveys – specialising in domestic spiritual clearance.

Boasting a strong track record, business is booming. Dealing with spirits has become routine but there is more to the paranormal than even Ruby can imagine. Someone – something – stalks her, terrifying but also strangely familiar. Hiding in the shadows, it is fast becoming bolder and the only way to fight it is for the past to be revealed – no matter what the danger.

And sometimes the darkness can see you. 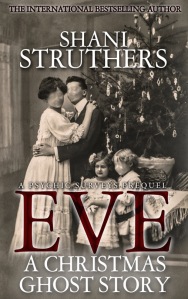 In 1899, in the North Yorkshire market town of Thorpe Morton, a tragedy occurred; 59 people died at the market hall whilst celebrating Christmas Eve, many of them children. One hundred years on and the spirits of the deceased are restless still, ‘haunting’ the community, refusing to let them forget.

In 1999, psychic investigators Theo Lawson and Ness Patterson are called in to help, sensing immediately on arrival how weighed down the town is. Quickly they discover there’s no safe haven. The past taints everything.

Hurtling towards the anniversary as well as a new millennium, their aim is to move the spirits on, to cleanse the atmosphere so everyone – the living and the dead – can start again. But the spirits prove resistant and soon Theo and Ness are caught up in a battle, fighting against something that knows their deepest fears and can twist them in the most dangerous of ways.

They’ll need all their courage to succeed and the help of a little girl too – a spirit who didn’t die at the hall, who shouldn’t even be there…

11 thoughts on “Psychic Surveys: The Series”