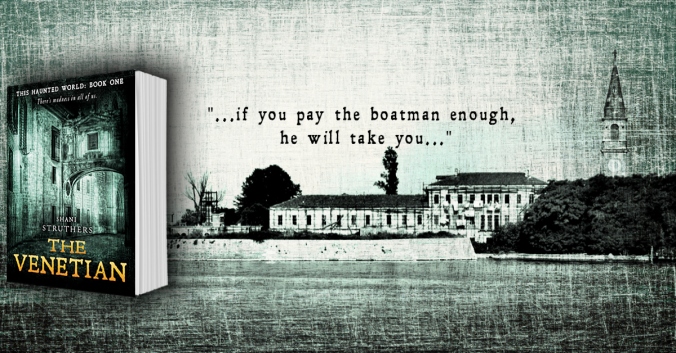 On the 9th August 2016, This Haunted World Book One: The Venetian, was launched on Amazon. The first in a series of books based in and around the world’s most haunted places, the venue for the first, as it’s title suggests, is Venice – regarded as the ‘world’s most haunted city’. I first visited not long ago, in November 2015 and found this ancient, crumbling city haunting in more ways than one. At that time of year, the nights close in early and, for me, that’s when Venice comes alive, dark alleyway after dark alleyway lonely and eerie, drawing you in, always in, to the beating heart of the city. You could spend all weekend immersed in it’s haunting beauty, eschewing the more familiar sights of St Mark’s Square and

the Bridge of Sighs for ones such as C’à Dario or “The House of No Return” as locals call it because it is believed to eventually kill or ruin all of its owners. The murder chain starts back in the 15th century when the daughter of its first owner, Giovanni Dario, committed suicide in the house after her husband went bankrupt and their son was killed in a fight, and continues well into the 21st century. Just in case you like to play with fire, the house is currently up for sale!

And then there’s Poveglia. Ah, Poveglia, in the Venetian Lagoon.  What a chequered 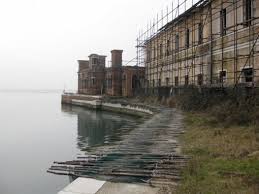 history that has! It’s known as ‘the world’s most haunted island’ and I think it’s probably fair to say it is. The Venetian is not only set in Venice, it’s set on Poveglia too. Plague and disease were huge problems in the Medieval world, and Venice was no exception. When plague threatened to wipe out the city entirely, it was to Poveglia that the ill and the suffering were banished… never to return. In 1922, a mental asylum was built on the island and dubious practices reputed to have been carried out in otherwise splendid isolation. The asylum was shut down in 1968 and today Poveglia is home to nothing more than a collection of abandoned buildings surrounded by fields, known as plague pits – where the bones of the plague-ridden lie with those from the asylum. It’s forbidden to visit the island, but people do, after all, it’s just a short boat ride away from the mainland… 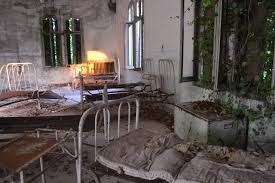 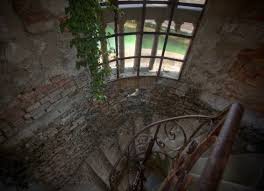 The Venetian takes the dark side of Venice, including the history of Poveglia, to bring you a story that’s horrifying but in very human terms. Mixing fact with fiction, it was a fascinating story to write but I was also aware that it was real history I was dealing with and therefore people, those who had once lived and breathed, and so I had to tread carefully and with the greatest respect. Often the subject of Poveglia is dealt with in a gratuitous manner, but in this new series of books that’s something I don’t want to do. For me the story is horrifying enough, it really doesn’t need much, if any, embellishment.

Next week I’m off to New England, stopping over at Salem for three nights, home of the notorious 17th century Witch Trials. Again, I’ll be looking for a story – one that hasn’t been told before. One that should be told. The human side of horror. Watch this space.

Reviews so far for The Venetian:

“One of the most compulsive reads for a long time.” “Full of gripping suspense.” “An absolute masterpiece.” “Haunting and unbelievably atmospheric.” “A nerve tingling, nightmare inducing novel which skilfully twists and turns.”

If you’d like to read it, it’s available in ebook and paperback on Amazon and soon in all good book stores. Here’s the link:

2 thoughts on “The World’s Most Haunted Island”