Who You Gonna Call? Psychic Surveys – the Inspiration.
You hear it so many times; the great horror movies of our time – Poltergeist, The Amityville Horror and Texas Chainsaw Massacre for example – are inspired by true events. So many times, in fact, you begin to take it with a pinch of salt, doubt it even. After all, these are ‘horrors’, hyped up for an audience who love nothing more than to be scared witless. But since becoming a paranormal writer myself, I give that claim more credence. Hyped up they may be but truth is always stranger than fiction. 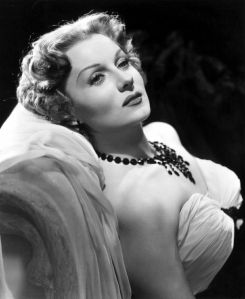 The Haunting of Highdown Hall has its roots firmly in truth. Not only with regard to the main case where movie star, Cynthia Hart, still resides within her hallowed four walls, despite having died in 1958, but in all the ‘mini’ cases scattered around it. Cynthia’s story is based on a tale I heard years ago. I can’t say who the movie star is but she was one of the cinematic greats. Some years after her death, her house was inherited by a friend of a friend, only for him to discover she was still very much ‘in’ it. As for her bedroom, still kept as a shrine to her – he couldn’t even enter it. It was as though invisible hands were pushing him out and he got the sensation of a voice ‘screaming’ at him. He called in a team of psychics and they dealt with it (or should I say ‘her’) and he lived there happily for many years afterwards. Hearing this story, I couldn’t help but wonder: what was holding her there, fear, despair or something darker, much darker? Transfer that story to fiction and that’s what the Psychic Surveys team have to find out.

The ‘mini’ cases too are drawn from real life, for example, the little boy that ‘haunts’ his bedroom, taking an active dislike to the new child that has moved in there and the tormented young man in Paul Ashworth’s flat that is hell bent on driving him out. Both were based on psychic cleansings I took part in (I rung the bells in dark corners to break down negative energy!). Although the owners were terrified, when you find out the history of the spirit, when you can ‘communicate’ with them, you realise that tormented is exactly what they are and often just need some understanding, validation even and gentle encouragement to ‘move on’. Happily, both cleansings were successful and the owners reported no more paranormal activity occurring afterwards.

Aside from the cases, the ‘business’ of Psychic Surveys is rooted in truth. Imagine if you didn’t have to hunt around for this service, if domestic spiritual clearance was widely available – we’re talking high street presence here, alongside estate agents, solicitors and travel agents. An idea considered in reality, we decided the business was better off in fiction – the aim of it to put the normal in paranormal, to remove the taboo. Young psychic, Ruby Davis, heads up the team and, suffice to say, business is booming!

The Haunting of Highdown Hall is available on Amazon and all good bookshops. It’s sequel, Psychic Surveys Book Two: Rise to Me is also available. Book Three: 44 Gilmore Street due early 2016.

2 thoughts on ““Good morning, Psychic Surveys, how can I help?””